What do you do when you don’t know what to do!? I know that what I just asked may be super confusing to a lot of you and you maybe trying to figure out what exactly i’m talking about and to be honest, i’m not even sure……..all I know is that my brain is swirling with a whole lot of things, trying to come up with the right words to say……but not really knowing how to say it exactly. It’s so easy to plan out every single thing it is that you either what to say or do in your head, but when it comes to taking action on those said things, for some reason that’s a little bit tougher and it shouldn’t be that hard, but it is………especially when there are things that you’ve been trying to face for a very long time. You think to yourself “it’s easy, why are you making it so hard, just go, do it what’s wrong with you?”

It literally feels like there’s always two versions of you the one that helps you map everything out for you so your not stressing about how to go about things and then you have the one that you get ready to do what you and your assistant self just went over, but the minute you come face to face with whatever it is you’ve been preparing yourself for, you freeze and you find that your words aren’t coming through, you try though, but every time you go to speak or you think of speaking…….you can’t and the assistant version of yourself keeps looking at you confused, wondering why it is you aren’t saying anything, why you aren’t expressing your emotions and while you’re frozen dead in your tracks trying to form some kind of sentence, you find that you aren’t able to, now while your just standing there speechless, the other version of you is screaming in the inside trying to be heard and trying to get you to say something, but you can’t.

Now you’re away from the situation or whatever it is you tried to face before and you find that now you have all these things you could’ve said and different ways you would have said them or things you could’ve done and all the different ways you could’ve done them and you would think you’d be calm about the situation, but because you know how you are with these kind of things, you know that you’re not gonna be calm about it, you’re gonna be angry with yourself, you’re gonna pace back and forth or sit with yourself and pretty much tear yourself to shreds by questioning everything you could have done or said in that moment when you had it. “Why didn’t you say anything?” “What happened you were right there?” All these different things start to pop up in your mind making you overthink and analyze everything, causing you to now have your emotions show up to the party that you didn’t even want in the first place.

What i’m saying is when you think about approaching a situation, you tend to think of all the different scenarios that could take place and that causes you to not even want to bother because you feel “well I already know how this is gonna play out, so why even try!?” but you know that something in you is gonna tell you that you should still face it no matter whether you know what’s gonna happen or not, but just the thought of you wanting to express yourself, but not feeling like it’ll make a difference because you know how it’s gonna go, it gets to you, but even you know that avoiding situations aren’t the answer especially when it bothers you more than you want it to…….sigh………so that’s why I asked in the beginning of this blog, what do you do when there’s something you know you want to express, but you just don’t know how to express it!? or you feel because you know how it’s gonna go, is it still even worth expressing!? So i’ll ask once more, what do you do when you don’t know what to do about something!?

That’s all I have to say with this blog post, I know I haven’t been writing lately, I mean I have, but I haven’t been posting what I write only because I just haven’t felt that what I was writing was good enough to post because it didn’t really have any feeling to it and I never want to post stuff that I don’t put feeling in because then it would be random non meaning kind of writing and I always want my posts to have meaning at least some kind of meaning and I want to be able to have it help you guys as well if you too are going through a similar thing that i’m going through in some way. I hope you’re all doing well and I hope you all have a goodnight morning and or evening. 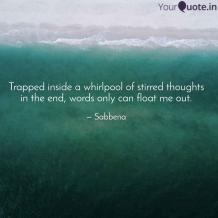 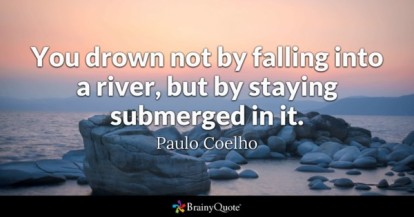 My Tweets
Join 237 other followers