Let’s talk about dealing with Anxiety for a moment shall we!? I’m gonna be the one to say it and i’m sure a lot of you will agree if you too deal with anxiety on a daily basis. Anxiety is the WORST sometimes, especially when you’re dealing with something that shouldn’t be that big of a deal, but it is for some reason, it’s like no matter what you do your brain just likes to remind you there’s a problem and that it’s totally gonna make it a bigger problem then it actually is. Now i’ll be real because that’s why i’m writing this and I want to be as real as I can when it comes to my blog posts. I feel if you’re expressing yourself and words fail you when you need it most, writing about how you feel is the best way to get everything you’re thinking and feeling out, when you feel like you can’t really talk to anyone because they won’t really understand and get it, so you think to yourself “well since no one will listen or I know they’re not gonna understand and get it, i’ll just write it.” Writing really is a nice way to just de stress and get all your thoughts out of your mind, i’ve spoken about this before in my finding your happy place blog post, If you haven’t read that one you can read it here: Finding Your Happy Place…..

Anyway to dealing with Anxiety………this is a little hard for me because I don’t really like to talk about it, I only speak about it to certain people that I trust and are really close to me and the ones that I tell they either get it and understand because they too deal with certain things in their life or if they don’t get it, they will take the time to try and understand what it is i’m going through. When I was about 19 years old i’d say, I was in my teens (late teens) I had just graduated from high school or it was around the time I graduated. I went to see this specialist and with me i’m not really comfortable around certain people if I feel some kind of energy i’m not use to or that I don’t like, I stay away from it because I don’t like the way it makes me feel, so obviously if you know somethings bothering or you don’t like someone or you get a weird vibe you keep yourself away right!? So we saw this specialist and right away the vibe that I got even before I went inside the office they were in I hated it, I just didn’t like the atmosphere of the place, I hated everything about it, made me super anxious and it felt weird.

So we go into the office of the specialist who was speaking with me and I couldn’t make eye contact because I was super uncomfortable, I just wanted to get out of there so bad. While being in there, they had me do some…….I don’t know what it is, but it kinda is to see what is wrong with you, all I remember is having to look at pictures and tell them what I saw in them and also look at this book with different things in it and I think remember it or copy what I saw (It was a long time ago so I barely remember) but while doing those activities I still didn’t make eye contact with the specialist and if I did it was only for a second, like literally a second. Long story short…….good news is I was told i’m a really good visual learner and that made me happy, next part didn’t though………because he then says I have a problem with looking people in the eyes (Only people I don’t trust or like) that’s when I learned that what I had was anxiety………now I know there are a lot of different types of anxiety, but I was never really informed on which one I had so I don’t know exactly the kind I have…….but yeah I found out that I had developed anxiety and I never really understood what that was until I was told I had it. When you’re told that you’re dealing with some kind of mental illness it’s not always easy to process how you feel in that moment and to those around you, because they don’t understand it entirely and what it does to you, to them everything you’re feeling isn’t a big deal you know.

People who deal with a mental illness, be it Anxiety, Depression, Eating Disorders and all the different issues people go through on a daily basis. To them everything they’re feeling is real, it’s not just something in the moment, it’s not something you should be brushing off as just another problem and they’ll deal with it and be fine the next day……no…….those kind of illnesses don’t just go away, it’s there from the day they know they’re dealing with something, but don’t really understand what it is yet and i’ll be there for the rest of their life. People don’t understand that when it comes to dealing with a mental illness there’s a whole lot to learn, It’s not just “oh they’re going through their problems again or they’re having some kind of a bad day but no worries they’ll get over it and be okay” That’s not how it works. You ever heard that saying where it goes “The people who are the most happy are the ones suffering the most” Yeah that saying is true, people who have a daily battle within themselves, but try to save face just so people don’t ask them what’s wrong because they don’t want to have to face that fear of “if I tell them they will just think it ones of those normal issues that everyone goes through and tell me to just get over it” or they think they are being a burden on you so they won’t dare cross that line of feeling like fool and putting their mental issues on to someone else. I know that everyone goes through difficult times in their lives, but you also have to keep in mind that some people go through so much worst then what everyone thinks.

For those people who sit there and say “oh i’m so depressed” freely sure you might be, but why don’t you live in the mind of someone who deals with actual depression every day of their life. Same goes for someone dealing with anxiety and or other mental illnesses, you can’t just think that, that’s how it is because there’s a lot more to it then what society projects it as, A WHOLE LOT MORE…….When it comes to me, dealing with my anxiety is hard, i’m not gonna lie, people who deal with it will get it. Again I don’t know what kind of anxiety I have, I don’t think it’s social anxiety because when I want to i’m very expressive and I know how to make friends, but that’s only when I feel like I don’t have to pretend, I can just be me and I feel comfortable with my surroundings and with certain people. Although if you were to ask my family they’d probably tell you i’m anti-social, because honestly I don’t come out of my room so much. I stay to myself and in my room all the time, but that’s only because I enjoy being by myself, I prefer to be in my own space where I know I can be me and not have to worry about anything. When i’m around the right people though it’s like i’m a totally different person because like I said before, when I feel comfortable I can be very out-going and I enjoy myself.

If you were to watch me closely, you’d see how I am when i’m around friends or people i’m comfortable with, compared to when it’s just me and my family, it’s not that I don’t want to be around them, it’s just not my thing and plus I got so use to being by myself in my own space, it just kinda stuck with me……..To conclude what my point is here, when it comes to people who deal with Anxiety, Depression, Eating Disorders and other types of mental illness. You have to be kinder to them, you can’t just brush off their issues as normal things. You have to help them through it, talk to them about their feelings, reassure them, that kind of help, forcing them to come to you is not what you should do, go to them and really listen to how their feeling, don’t hear them, really listen. Let them know that whatever they’re going through, you’re there to help them get through it and you’re there if they need you. Stop treating mental illnesses like it’s nothing because to me and everyone else going through it, it’s not just nothing, it’s everything.

For those dealing with Anxiety, Depression and other mental illnesses, there are people who will help you and listen to you, don’t keep your emotions in, talk to someone, a friend, close family members just someone you trust and you know will really take the time to listen and also there’s a lot of different hotlines you call if you just need someone and you feel like no one will listen to you. Remember to hang in there and even though it doesn’t seem like it, things will get better and you will get through it.

That’s all from me I know this is probably the longest blog i’ve ever written, but I just felt that I had to say this because there are people dealing with these kinds of mental illnesses on a daily basis and people don’t seem to understand how serious it really is. I just hope that I said everything okay and yeah……I just want you all to know that this is from my point of you on everything and also has to do with what I feel when it comes to dealing with my Anxiety. I hope you’re all doing okay and I hope you have a good night/morning/evening. 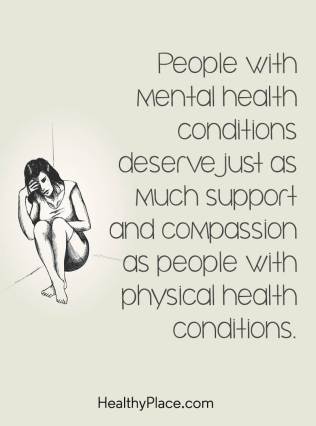 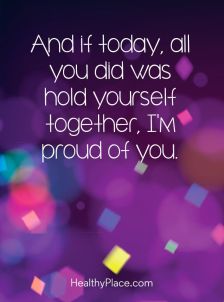 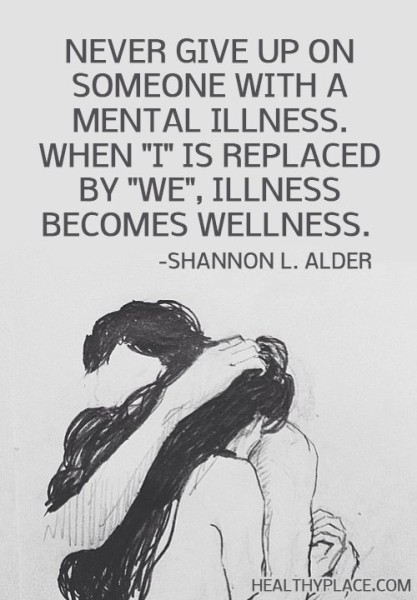 My Tweets
Join 239 other subscribers

Slipstream Romance with a Dark Twist